The Mole Herders are a faction in Fallout: DUST.

The Mole Herders are a nomadic tribe in the Divide and member of the alliance of five tribes. They seem to worship Mole Rats, their main live stock.

A tribe of peaceful and nomadic Mole Rat herdsmen, they are the weakest of the Five Tribes and responsible for much of the Divide's food supply, as a result they are fiercely defended by the stronger tribes.

The Mole Herders can only be encountered in the Hopeville Market district along with their Mole Rat livestock, and are one of the few groups that will never attack the player, rather running away or cowering if near combat.

Other Divide tribal will often prioritize Survivors who attacks them, and their mole rat livestock will usually run to their defense. 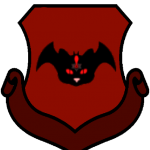